Text based on Marcelle Sauvageot’s Commentaire

“I’m getting married … We’ll still be friends…” When Marcelle Sauvageot reads her finacé’s blunt declaration that he will separate from her, she is already in a sanatorium, in an effort to cure her tuberculosis. Three years later she is dead. What stays are her letters to the man who left her – letters she never sent. In them, the young woman comes to terms with her loss. From the emotional and psychological powerlessness of being abandoned Marcelle Sauvageot picks herself up and launches a frontal assault, taking up her pen and with every sentence of her lucid analysis of her situation and of her fiancé’s character she regains control of her own emotional life.

Drawing on the music of Sibelius, Brahms and Schubert, Johanna Wokalek has breathed new life into a writer who died in the prime of life, revealing her as a powerful personality and as a woman who refused to be destroyed by either the disappointments of love or by her serious illness, a woman who sought to express and come to terms with her grief in language as powerful as it is poetic.

REVIEWS
“The lights are turned down and Johanna Wokalek disappears into the darkness. She has helped Marcelle Sauvageot to triumph. […] an evening filled with passion and rebellion and with pain, sadness and happiness that gets under your skin.” Hamburger Abendblatt, 7 October 2015 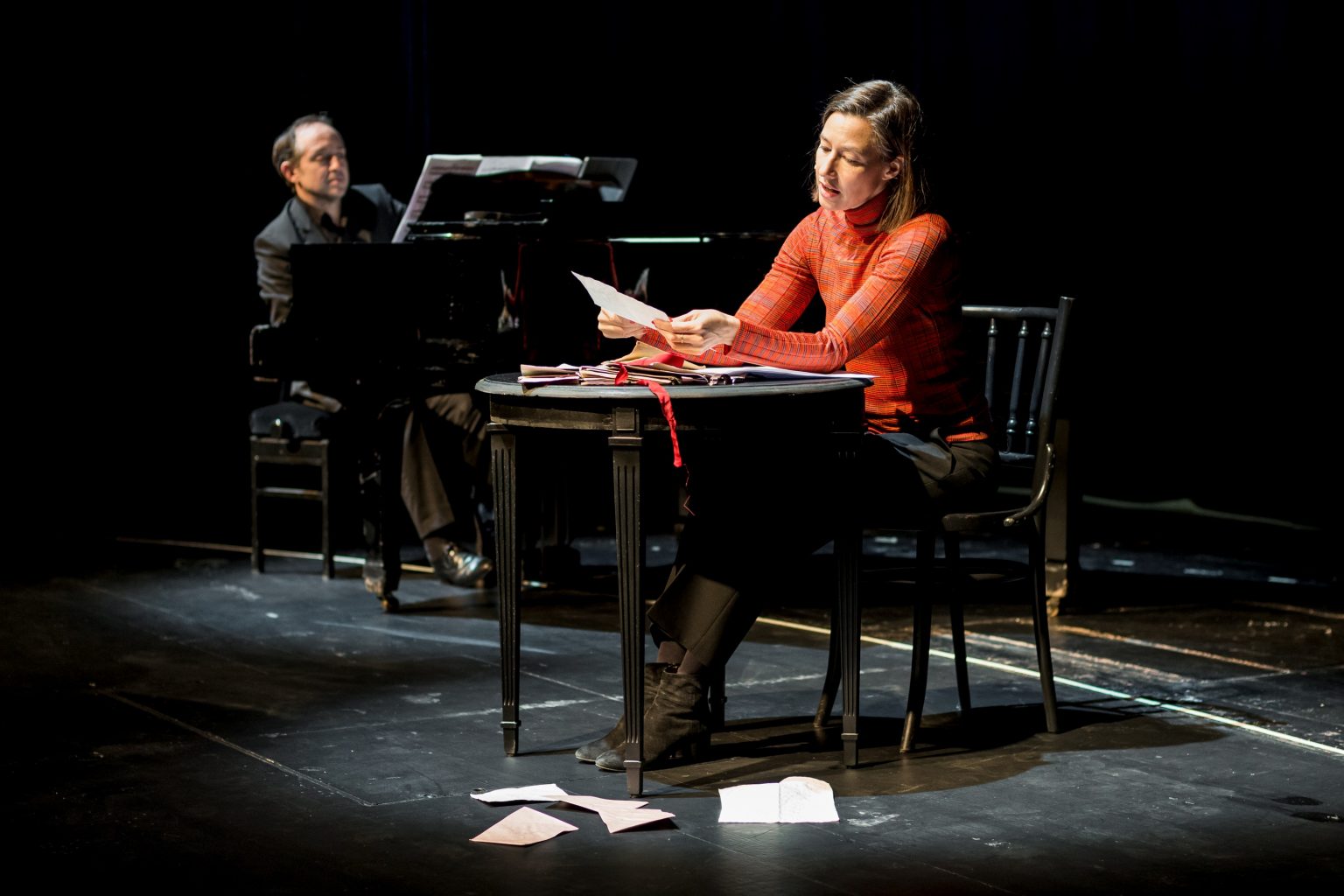