NANA – A literary and musical creation by and with Johanna Wokalek

Paris, Théâtre des Variétés. Everyone is waiting feverishly for Nana, the new star in Paris’s theatrical firmament. She has been electrifying and scandalizing local audiences as the “Blond Venus” in the operetta of the same name. The fictional journalist Monsieur Fauchery will call her the “Golden Fly” in his article in Le Figaro: a young and beautiful prostitute who beguiles, seduces and ultimately destroys wealthy, well-respected men with her enigmatic charms. Nana leads a lavish and luxurious lifestyle paid for by her admirers. It is a lifestyle that initially raises her up from the gutter, only to end in great loneliness and in a bitter fall from favour.

Inspired by Édouard Manet’s scandalous painting and by Émile Zola’s novel about the young florist Nana, who escapes from the hopelessness of her violent and impoverished parental home by seeking refuge in the deceptive glamour of high-class prostitution, Johanna Wokalek has created an evening of music and theatre that draws on works by Offenbach, Debussy, Ravel and Satie and highlights the glamour, contradictions and tragedy of Nana’s existence. By combining readings with elements of the theatre, of an exhibition and of a concert and by drawing on the most disparate media and approaching the subject from multiple standpoints, Johanna Wokalek has provided her own highly complex and multifaceted insight into the character’s personality.

Through the interplay of various art forms, Johanna Wokalek brings Nana and her age to life in a novel way, offering her audiences an opportunity to experience at first hand the fate of this enigmatic young woman in all of its many facets.

“Actress Johanna Wokalek, with pianist Alphonse Cemin, successfully guides the audience’s image of ‘Nana’ by following Zola’s descriptions from different points of view while relating them to her own perceptions, thus expanding Zola’s text to the present.” Dresdner Neueste Nachrichten, 7 June 2018 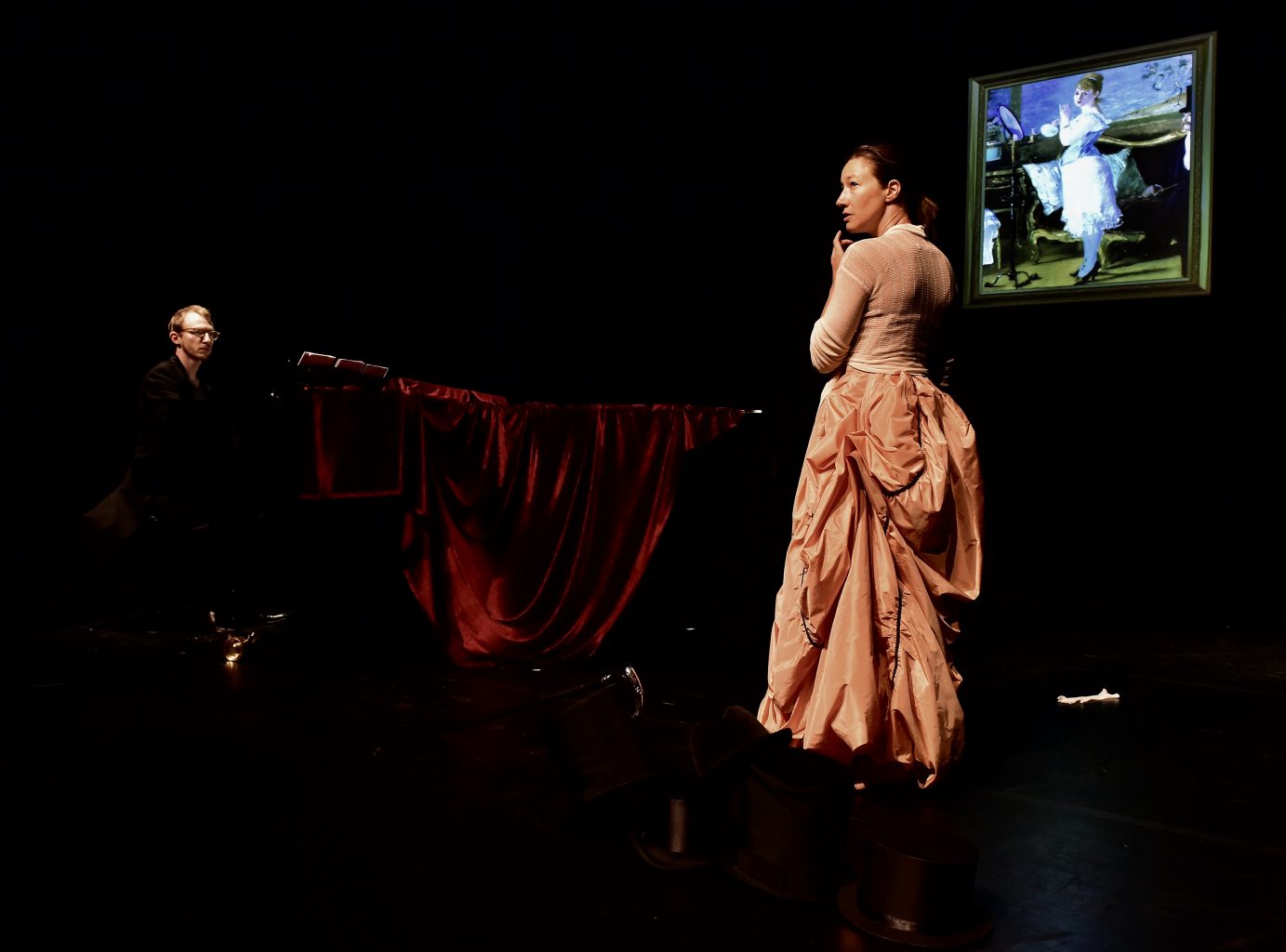