The great love of her life? A tragic romance? Not really. In Elfriede Jelinek’s Shadows (Eurydice Speaks) the writer Eurydice takes stock of her life with ruthless logic: she is ignored and insignificant, always in the shadow of her husband – so long was she overshadowed by him that she finally felt like a shadow herself. Orpheus is a pop star, glamorous, distant and surrounded by groupies. And Eurydice is frustrated. More and more fashionable exteriors attempt to hide the gaping emptiness of her life, but in vain. And when death finally comes, it comes as a friend and as a redeemer for the waiting woman, who has spent a whole lifetime living in the shadows but who may now perhaps find freedom in the world of shadows.

In her one-woman play Shadows (Eurydice Speaks), the Nobel Prize-winning writer Elfriede Jelinek has created a warm-hearted and witty portrait of Eurydice. According to Deutschlandfunk Kultur (23 June 2012), Johanna Wokalek brought “conceptual clarity and a clear structure” to the author’s powerful and probing language, “while never imposing a reductive interpretation on the text”. The actress had prepared her own version of the monologue, which she presented to an enthusiastic audience in Essen in June 2012. 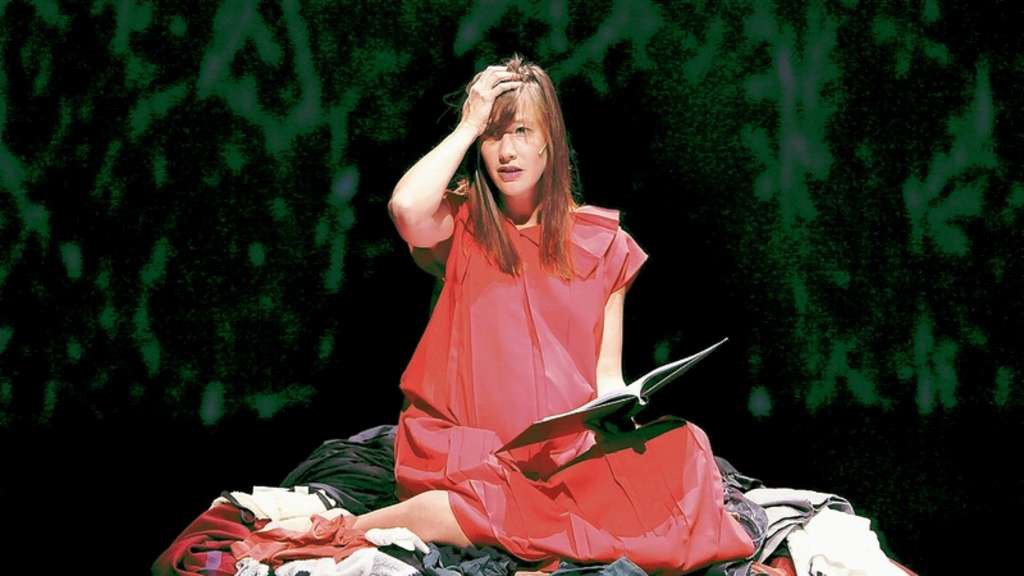